Regarding Moonlight Sculptor and New Project 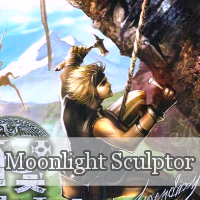 Many people have sent me messages regarding the summary of Moonlight Sculptor and why I have stopped writing them, and I would like to explain why.

I have been reading the raws, and I'm all caught up with Volume 48. It does seem like Moonlight Sculptor will end soon. Weed has completed his grand-master quest and all that's left is for him to be the Emperor, right? In any case, the translation speed is currently decent, so I have decided to move on and pick up another novel to write a summary on.

It is a completed Chinese web novel with 434 chapters called "Superstar Couple" (巨星夫妻) written by Jiangchen Zhi Ming Zhe (将臣之名 著). I'm not too sure on the author's pen name, but it translates to something like "Name of the minister is Zhe"? Please correct me if I'm wrong.

Before choosing this novel, I have read at least two other completed novels. Maybe I'll summarize them after I'm done with this one. And yes, I have read this novel entirely, without skipping a chapter. It may not be the best story out there, but it was enough to keep my interest until I finished reading it.

The synopsis below is my own, because the actual synopsis of this novel is not on point with the story.

Zhang Yue, a small and mediocre director, woke up one day and found himself in a parallel world. All the famous works in new world didn't exists! However, he had more pressing matters to attend to, for example, he woke up in bed with a woman, a beautiful and famous celebrity. Soon, they become a couple but the media and the general public labeled him as a "Sugar Baby" of his girlfriend. Join him on his journey to prove his worth.

I hope you guys will enjoy it~

Today I've been keeping myself busy all day, since 5am this morning up until now. I really don't want to think about it. During that proces…